Constructed in 1971 and completely upgraded in 2015, Chapins Landing is a 349 unit, garden style complex located in Pensacola, FL. The extensive redevelopment consisted of both interior and exterior/amenity renovations resulting in a total expenditure over $7 million.  Chapins Landing provides residents with one of the most desirable locations in Pensacola, being within arms-reach of the metros largest employers, retail destinations, universities and thoroughfares. While the property is less than a mile from the largest mall in Pensacola as well as dozens of nationally branded big-box retailers, Chapin Landing’s resort style atmosphere creates a sense of privacy and seclusion. 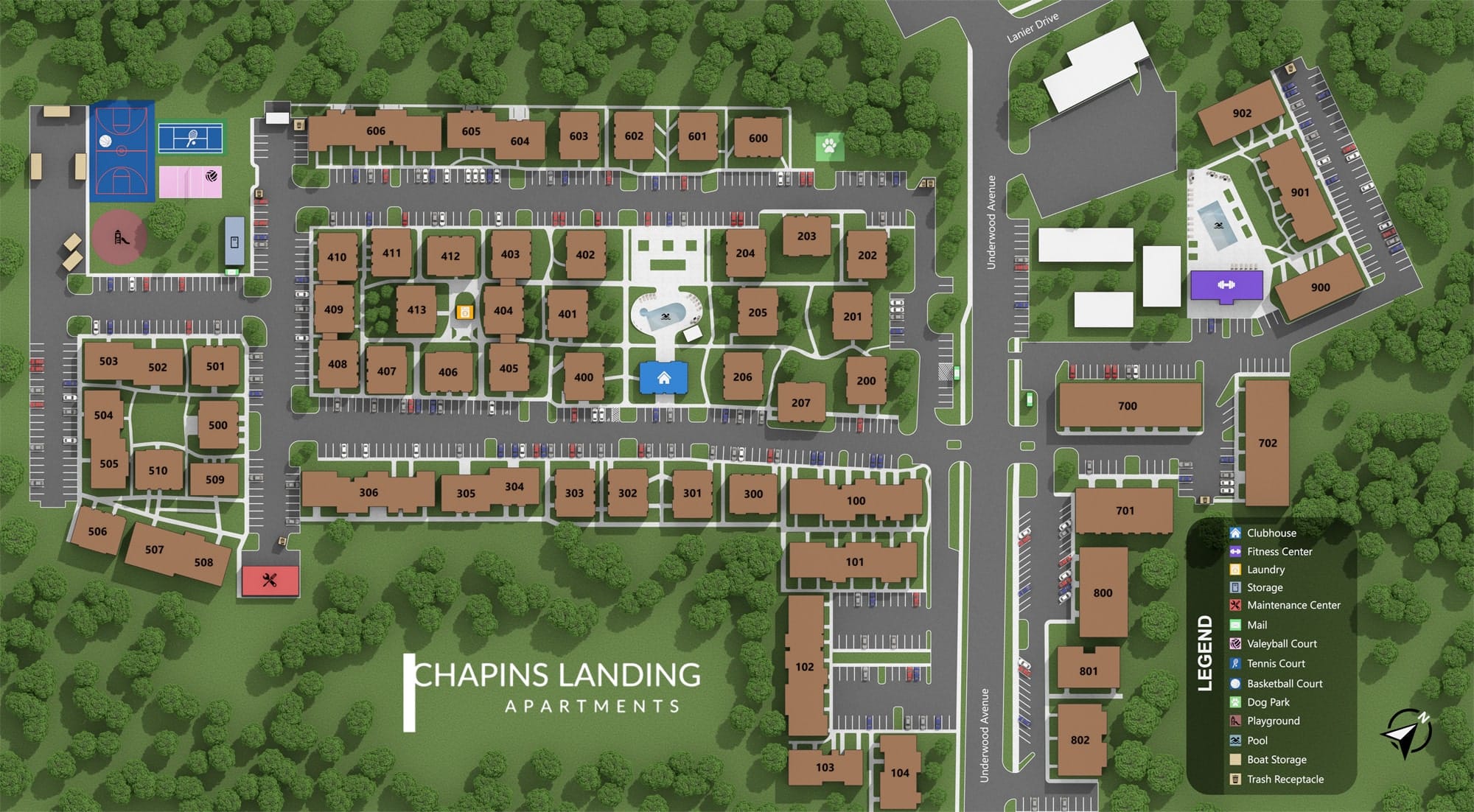