Located in Midtown Memphis and close to downtown Memphis, Georgian Woods positioned to capitalize on the growth and redevelopment that continues to take place in both submarkets. The expansive redevelopment of the Medical Center in Midtown caused significant job growth and housing demand in the immediate area.  Downtown Memphis, just three miles away, is also in the midst of over $3 billion in public and private redevelopment projects. In addition to being close to several medical and health science schools, Georgian Woods is also close to several universities and colleges.  The University of Memphis It is the largest college in Memphis and the third largest in the state with more than 20,585 undergraduate and graduate students and 2,400 employees. 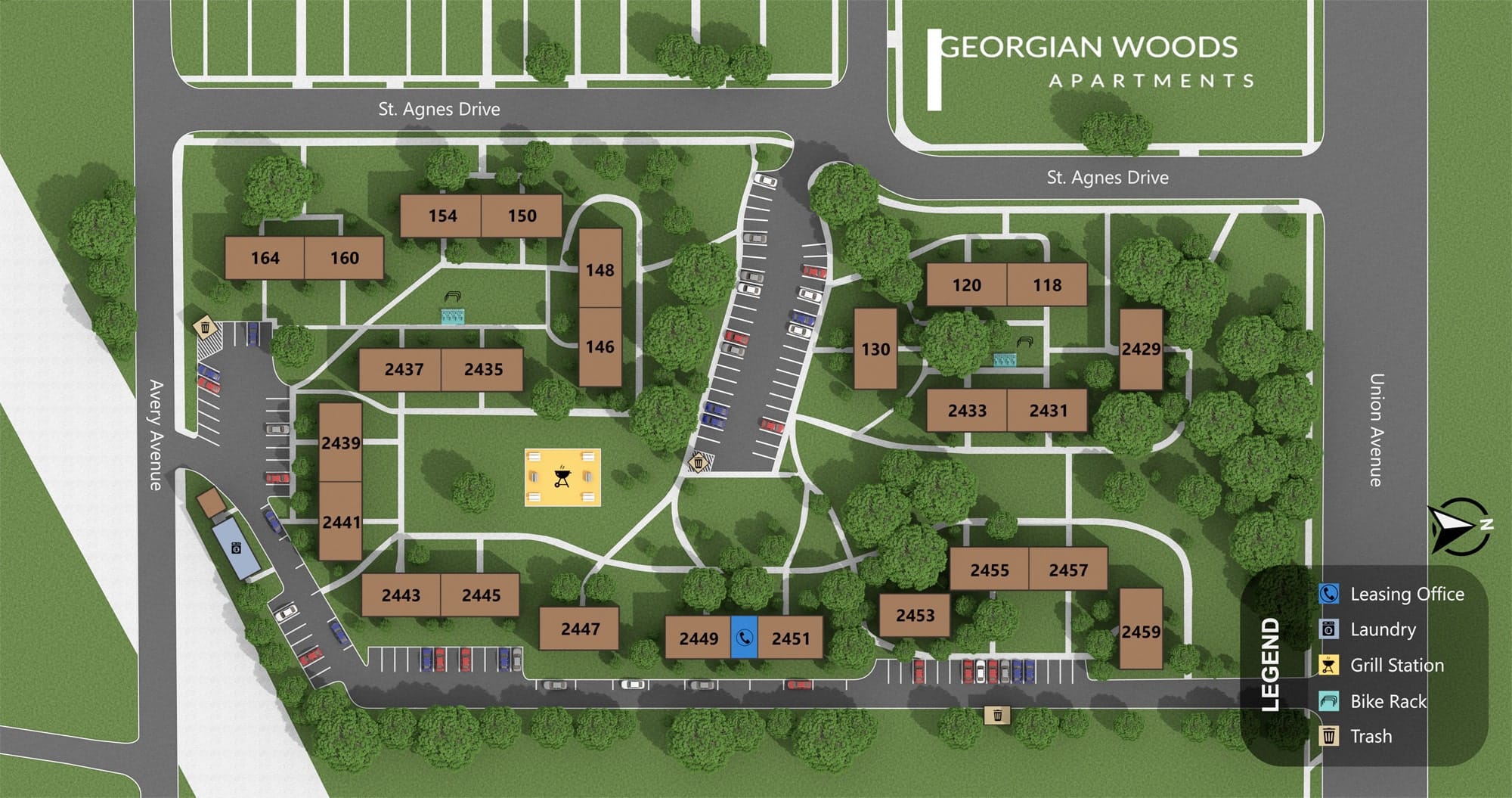