Constructed in 1985, Ashley Club consists of 224 residential units located in Pensacola’s Goulding submarket. This highly desirable submarket is a well-developed, residential pocket featuring scenic views as it sits along the coast of the Pensacola Bay. The residential landscape in Goulding is primarily single-family homes and condominiums, ranging from $150k-$1.2 million. Several homes directly on the bay have recently sold in excess of $1 million just minutes from Ashley Club. People choose to live in Goulding to settle in a relaxing family oriented environment while being within 10-15 minutes from the metro’s largest employers, retail destinations, universities and thoroughfares.  Further, Ashley Club reigns as the premier apartment complex in the submarket with regard to quality, size and amenity set. Ashley Club is also one of the only apartment complexes on the Goulding peninsula creating organic demand, while minimal developable land creates barriers to entry for new competition. 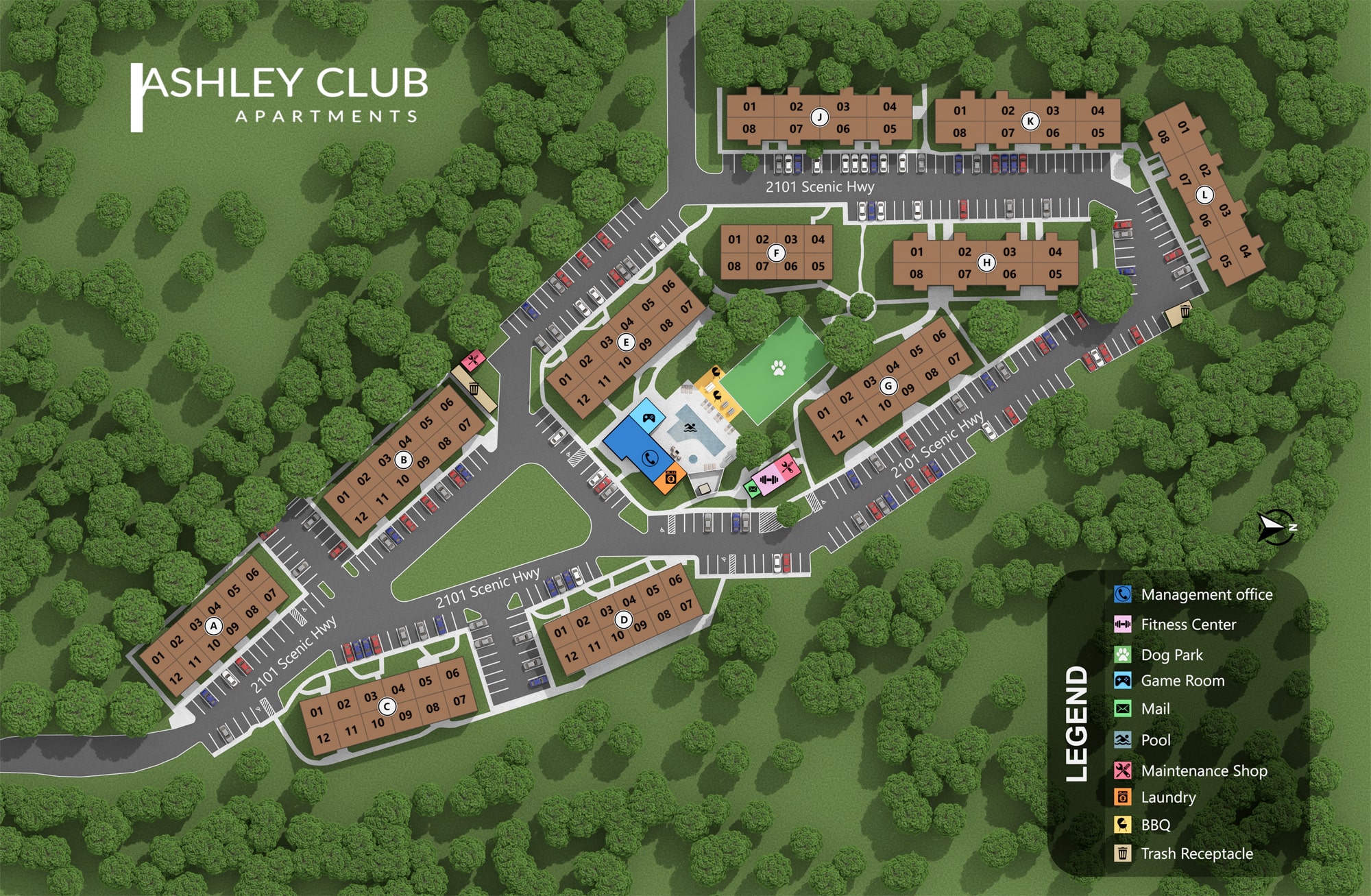